Serie A: Osimhen scores to seal big win for Napoli 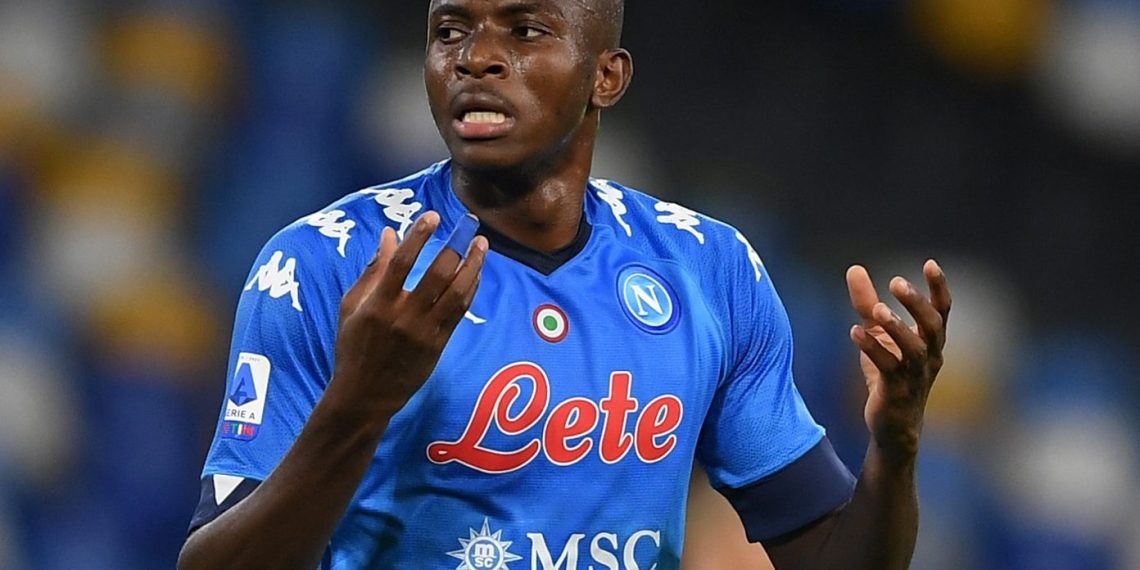 Victor Osimhen scored the last goal of the game as Napoli secured a crucial 5-2 win over Lazio in their Serie A clash at the Diego Armando Maradona Stadium on Thursday night to put pressure on Juventus, who currently occupy the last Champions League slot.

Lorenzo Insigne gave Napoli the perfect start they craved; scoring from the penalty spot in the seventh minute after a high boot on Kostas Manolas. Matteo Politano doubled Napoli’s lead five minutes afterward and the hosts kept their advantage through to half time.

Just like he did in the first half, Insigne added the third on 53 minutes as Napoli counter-attacked with speed through Elseid Hysaj and Insigne and created the delicious curler over Pepe Reina.

The bad situation got worse for Lazio as Dries Mertens made it 4-0 in the 65th minute with a delightful shot from the edge of the box. But two quick goals from Lazio saw them reduce the deficit to 4-2; although that was all they could do in Thursday’s game.

Napoli coach Genarro Gattuso opted to have Osimhen on the bench before he was brought in as a replacement for Mertens in the 72nd minute. The 22-year-old did not disappoint after his introduction into the game as he netted Napoli’s fifth goal of the game 10 minutes from time.

The Nigeria international who is Napoli’s most expensive player has now scored six goals in 17 league appearances for the club this season with half of his goals coming in his last five league outings.

The Partenopei remain in fifth place on the table with 63 points from 32 games – two points adrift of Atalanta and Juventus who are tied on 65 points in the third and fourth positions respectively.