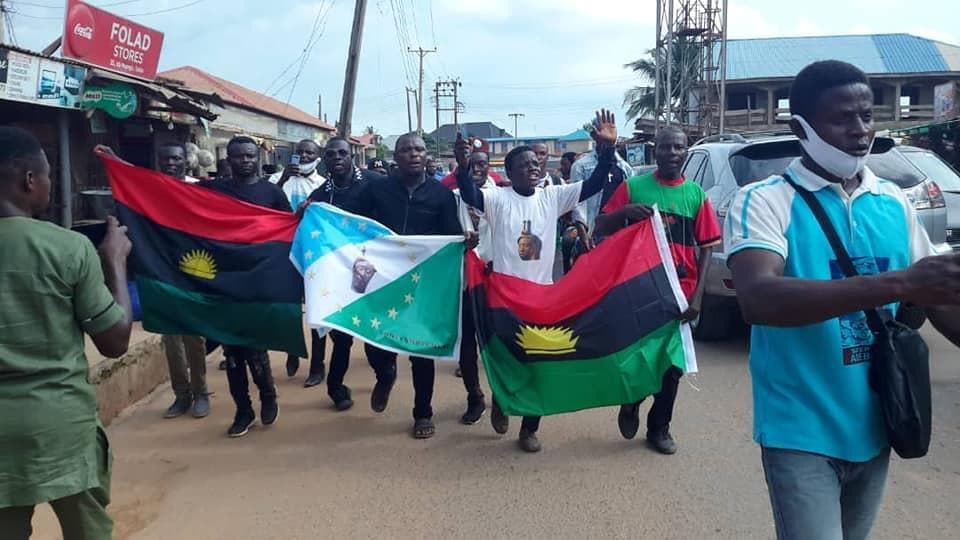 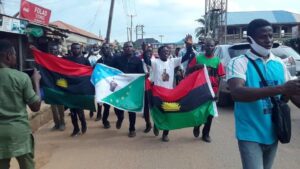 NEWS: UMUAHIA—Soldiers of the 144 Battalion, stationed at Ariaria junction, along the Enugu–Port Harcourt expressway, yesterday, allegedly killed 16 gunmen who engaged them in a fierce gun battle.

A  military source, however, said it was a joint operation of the Nigerian Army and police which led to the death of about 16 gunmen who were operatives of the Eastern Security Network, ESN.

The  source said hundreds of security operatives on Tuesday night launched a heavy attack on the  camp of  the ESN in Aba, Abia State, killing no fewer than 16 of them and injuring others.

It was gathered that the operation was in response to a series attacks against security personnel’s in the South East. Not less than 20 security operatives have been killed in the region by unknown gunmen in the last three months. Police stations  are also not left out in the assault as four of them were razed since January.

This came as  the Abia State Government raised an alarm that arms and hoodlums had been imported and camped in a location in Aba for the March 27, 2021, Aba North/South federal constituency  by-election.

However, the Nigerian Army, and the Indigenous Peoples of Biafra, IPOB, have dismissed as fake, the report  that the military attacked the  ESN camp in Aba, killing no fewer than 16 personnel of the security outfit.

The alleged killing is coming 48 hours after three policemen were ambushed and murdered by hoodlums in Abiriba, in Ohafia Local Council of Abia State.

The gunmen, said to be numbering about 50, engaged the soldiers at their checkpoint  at the Ariaria junction.

Sources told Vanguard that before the gunmen arrived the area; the soldiers had gathered intelligence and laid in wait for them.

As soon as the gunmen arrived, they  opened fire but the soldiers responded.

In the ensuing gun duel which was said to have lasted for over 30 minutes, 16 persons were shot dead in the duel. Other members of the gang reportedly sustained bullet wounds.

However, there are conflicting reports about the number of casualties. While some sources said 16 persons were killed, among them, a soldier, a top military source in Aba said only 11 gunmen were killed while there was no casualty on the side of the army.

“No soldier was killed, but we killed 11 of the gunmen. I assure the public that there was no casualty among the soldiers.” he said.

Reacting to the incident, Abia State government commended the soldier’s for their gallantry, stressing that it is committed to the protection of lives and properties of Abia residents.