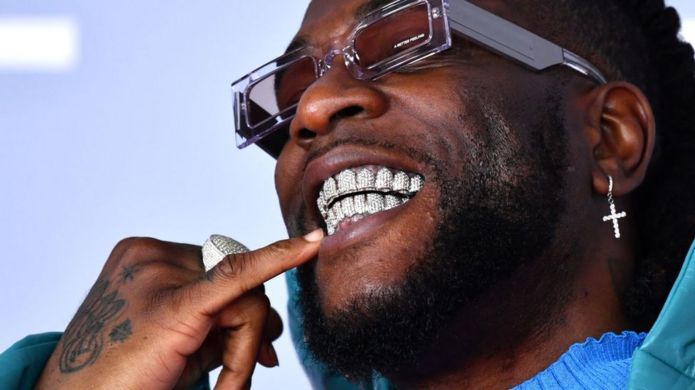 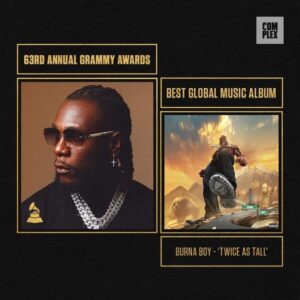 Big, big Congratulations to our very own @burnaboy on his #GRAMMYs win for Best Global Music Album.

Nigeria Afrobeats stars Burna Boy and Wizkid have both won awards at the 2021 Grammys.

Beyoncé’s daughter Blue Ivy was also a winner on the song.

The Best Music Video award is given to the artist, video director and video producer.

Burna Boy, real name Damini Ogulu, a nominee for a second consecutive year, won with his Twice As Tall album.

The 63rd Grammy Awards is being held in Los Angeles. Traditionally billed as “music’s biggest night”, this year’s ceremony is different because of the coronavirus pandemic.

There is no audience, and performers have been separated onto five stages, arranged in a circle inside the Los Angeles Convention Center to maintain social distancing.