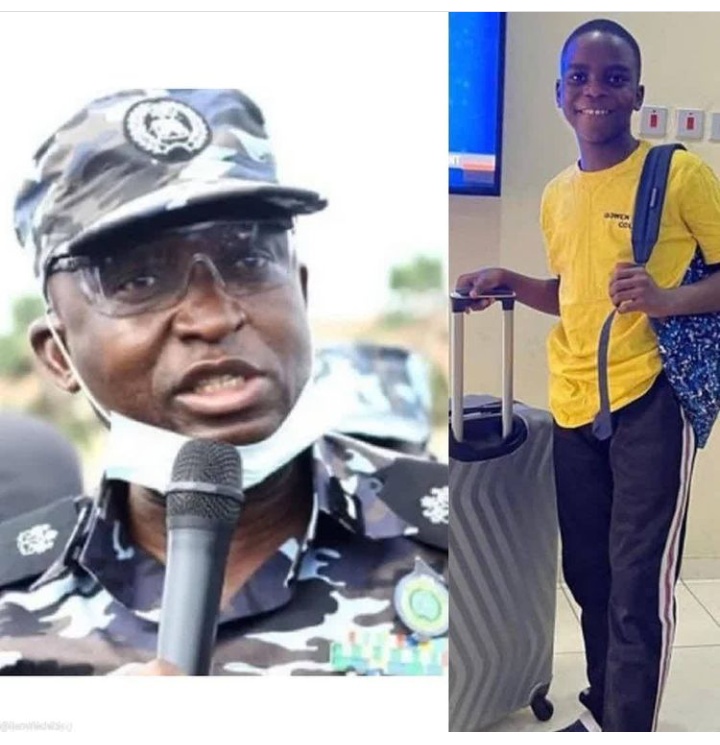 The Lagos state police have revealed the findings in the autopsy report conducted on Sylvester Omoroni Jnr, the deceased student of Dowen College in Lagos.

The Lagos state police commissioner, Hakeem Odumosu, noted the autopsy report did not show that the 12-year-old student was murdered.

Odumosu however noted that investigation is still ongoing while a toxicology test is still expected to be conducted on the corpse.

He said; “We are not at the peak yet. But we have done our investigation and have sent the report to the Directorate of Public Prosecution, DPP for legal advise on those arrested and DPP has replied. “We have gone through the medical aspect which is the post mortem.

The corpse was brought from Delta State to Lagos, where the Post mortem was carried out with all the parties involved, that is parents of the deceased, parents of the students accused, the school authority and government.

These were the four parties that witnessed the post mortem. And the result is out. “The report of the Post Mortem did not bring out the issue of murder on anybody. “Besides the result of the autopsy, the court order that we got has elapsed and we have released the house master and others on bail because there was nothing that indicted them of murder.

“It is only a murder case that is not bailable. Every other offence is bailable. They have been in custody for more than twenty days and that is infringing on their fundamental human rights. Since medical and legal reports have not indicted them so far, I think there is need to allow them have their freedom because bail is not the end of the case.