‘Odumakin planned to write memoir of his medical conditions – Wife 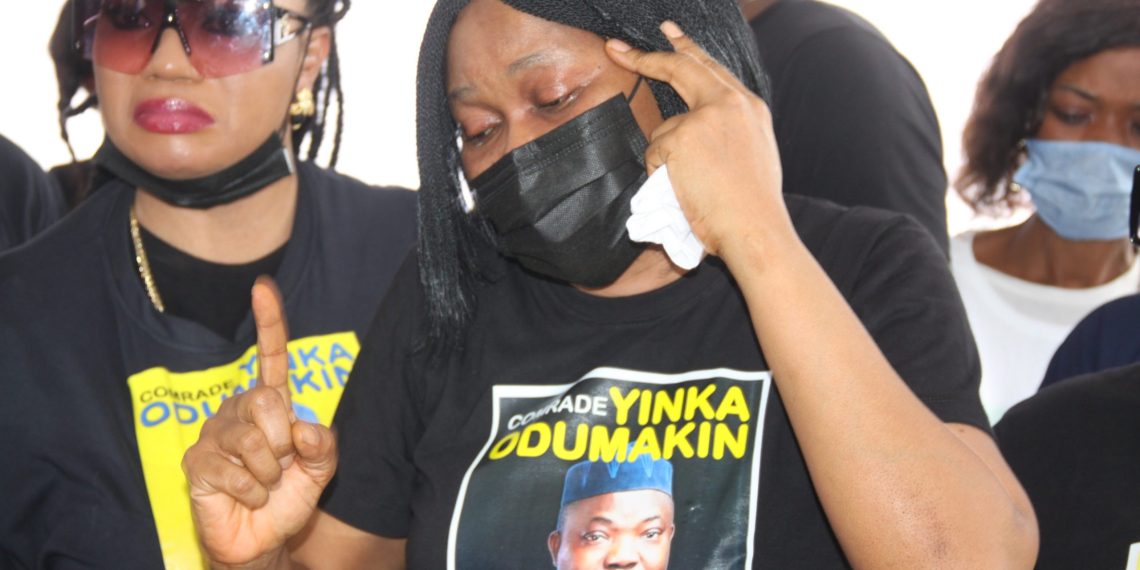 The widow of the late spokesperson of the Pan-Yoruba socio-cultural group, Afenifere, Joe Okei-Odumakin, has said death did not allow her husband to pen down his medical challenges as planned.

On Thursday, Mr Odumakin’s Lying-in-State, Service of Songs and Tributes was held at the Police College in Lagos

His remains got to Asejire, in Osun around 2:30 p.m. on Friday, where he was transported to his hometown, Moro, Ife north, local government area of the state.

Speaking with journalists at the event ahead of his interment on Saturday, Mrs Odumakin said her husband spoke on his love for the press.

“Right from the time he went for three meetings and as the time that his physiotherapist told him that his oxygen was low even in the ambulance before going to the hospital, he was there as a prolific writer writing an article, he was there as a committed patriot dishing out leaflets, he also put up different releases.”

She disclosed that her husband may be no more, but his legacies remain in the human right community.

“He said when he comes he will write his story, he’s no longer here with us but he will never die, his legacies will live on. After 54 years of sojourn on earth. He was for non corrupt society. I salute him.