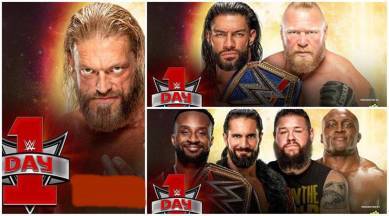 WWE Day 1 2022 Highlights: There has been a huge change to the main event of WWE Day 1.

WWE Day 1 2022 Highlights: Brock Lesnar won the WWE Championship in an explosive Fatal 5-Way Match on Day 1, WWE’s first pay-per-view (PPV) of 2022 which was held at the State Farm Arena in Atlanta, Georgia. The event’s title alluded to its New Year’s scheduling and is WWE’s first PPV to have the New Year’s theme since New Year’s Revolution in 2007.

There was a huge change to the main event before kickoff as Lesnar was added to the WWE Championship match after Roman Reigns revealed that he will unable to defend the Universal Title after testing positive for Covid-19. 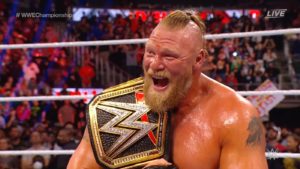