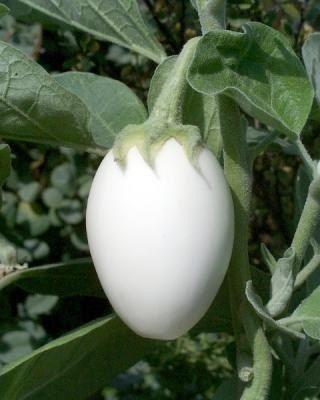 An egg plant has been spotted in Ghana and this has been generating lots of reactions from social media users.

The video clip of a tree that grows edible eggs has been generating lots of reactions on social media platforms, the eggs are white in colour and they were seen growing on the branches of the tree.

In the video, the man who was speaking in native Ghanaian language broke two eggs from the tree to confirm that, the egg is actually real. He collected the yoke in a plate and displayed it to confirm the report in the video.

Some people find it difficult to believe despite watching the video while others expressed their shock at the wonders of nature.

This is really amazing and It will be great if such a plant can be cultivated more in Africa countries.

What do you have to say about this?