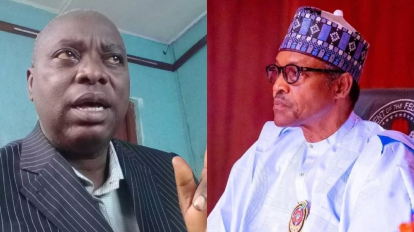 Olusegun Bamgbose, a chieftain of the New Nigerian Peoples Party, NNPP, has told President Muhammadu Buhari to admit that he has failed Nigerians.

Bamgbose was reacting to the news of the killing of three of the abducted students of Greenfield University, Kaduna by bandits.

The Kaduna State Government confirmed on Friday that three of the abducted Greenfield University students were shot dead by bandits.

The government said the remains of the students were found on Friday, in Kwanan Bature village, a location close to the university.

Bamgbose described the news as so unfortunate and disheartening, adding that the action of the bandits had shown that they are inhuman, callous and unscrupulous.

“My heartfelt condolences to the parents and relations of the victims. It’s time for Buhari to admit that he has failed Nigerians,” he said in a brief statement to DAILY POST.

“He has actually not shown to Nigerians that he is capable of curtailing the spate of insecurity in Nigeria.

“His occupation of the State House has not really done the citizens much good. Who knows the fate of the rest still in captivity.

“That is not to say our security agents are not up and doing but much still needs to be done. It’s time for Buhari to step up or step down.

“This is not the time to warn the bandits, he should go ahead and crush them. We are fed up with words, it’s time for action,” he added.