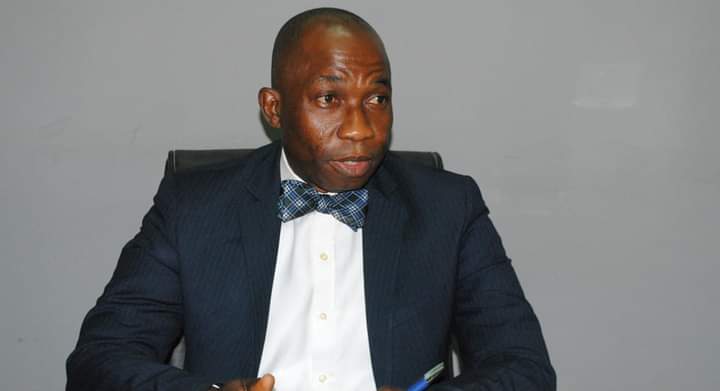 According to the COSON members, Mr. John Asein’s leadership of the NCC is infested with evil, leaving the commission to continuously go backwards instead of forward. The members of COSON also resolved that they have completely lost respect for the leadership of John Asein and that they are certain that the Copyright Commission can make no progress under him.

The resolution moved by Uche Emeka Paul, a Gospel Music Minister and COSON member from Abuja and seconded by Richard Ayodele Cole from Lagos and Angus Power Nwangwu from Enugu State, stated that there are many reasons for the request for the immediate sack of John Asein.

According to the resolution, there is abundant and incontrovertible evidence that John Asein for several months fraudulently collected salaries from the Federal Government when he was not staff of the Federal Government. In the words of Emeka Paul, “Asein and his henchmen have tried to cover up this scandal and sweep it under the carpet but the scandal will not go away. Asein is today hunting COSON for exposing the scandal. It is therefore requested that COSON demands the result of the investigation of John Asein and demand that he be prosecuted for his criminal behaviour”.

The resolution also stated that without shame, Asein has continued to collect handouts from MCSN, an organization he is said to be regulating without any thought of the ethics or morality of a referee collecting money from one of the teams in a match in which he is supposed to be an impartial umpire. In the words of Emeka Paul, “the latest is the collection of a bus and laptops from MCSN.

The consequence is that Mr. Asein is shamelessly doing the bidding of MCSN as pay back for what he has collected by trying to destroy COSON and leaving the field open for MCSN. This is bare faced corruption which President Buhari swore to eradicate”.

Continuing, the motion said, “there is also abundant and incontrovertible evidence that long after being appointed DG of the NCC, John Asein continued to act on behalf of REPRONIG, a collective management organization licensed and regulated by the NCC and Asein acted as sole signatory to the bank accounts of REPRONIG, signing REPRONIG funds in dollars to himself. This is another bewildering scandal and a terrible example of conflict of interest and fraud which Asein thinks he has successfully covered up with the help of his friends in government. It is hereby requested at the demand of COSON that the file on this criminal behaviour be re-opened and the result of the investigation of John Asein be published and if the government is serious about fighting corruption, the attempt to shield John Asien from prosecution be stopped forthwith”.

The Gospel Music Minister also said: “Mr. Asein’s determination in collaboration with scammers in the music industry to kill COSON, Nigeria’s biggest and best managed copyright collective management organization and to impoverish and deny legitimate income to the over 5,000 members of COSON, its many staff, their families and dependents at a time of severe economic hardship is wickedness of the worst kind. Mr. Asein should be told that COSON members will stoutly resist his manipulation of the legal system to deny us our rights and the proceeds of our labour as enshrined in the Nigerian Constitution while he is feeding fat on government money”.

When the motion came up for debate at the AGM at which new board members were elected, not even one member dissented at the very professionally organized AGM at which COSON members logged in from all over Nigeria and from several cities around the world. The motion was caried unanimously. 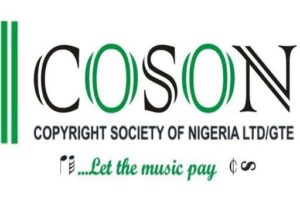