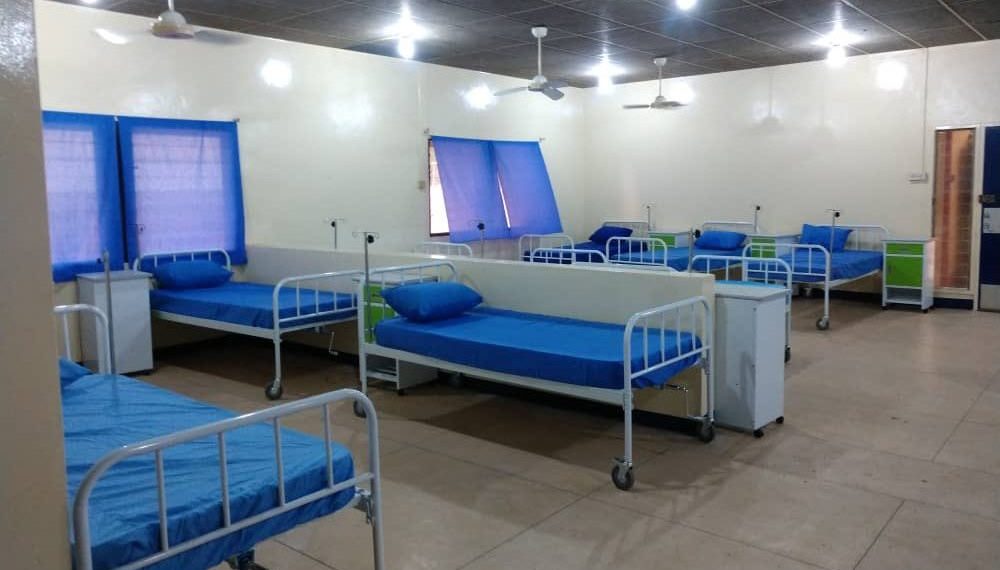 Signing of the National Health Bill into an Act at the twilight of the President Goodluck Jonathan’s administration in 2014 was greeted with euphoria largely because it paved the way for implementation of the Basic Health Care Provision Fund (BHCPF). The euphoria was understandable because the BHCPF was envisaged to play a pivotal role in transforming Nigeria’s unenviable health financing landscape characterized by suboptimal public investment as Nigeria government spends less than one percent of the country’s GDP on health which is one of the lowest public investment in health in the world. The suboptimal government investment in health, not surprisingly, leads to low coverage of financial protection mechanisms and high level of out-of-pocket expenditure which does not only inhibit the teeming population of Nigerians from accessing health but impoverishes many that do seek care, thereby worsening the poverty situation in the country. The aforedescribed health financing landscape also widens inequality in accessing health care; women from the highest income group are ten times more likely to access skilled birth attendance than women from the lowest income group and a child from the lowest income bracket is three times more likely to die before his fifth birthday than a child from the highest income group.

The BHCPF was designed as an earmarked Fund to be financed from not less than 1% of the Consolidated Revenue Fund (CRF) of the Federal Government and other sources including donors’ contributions. Potential implications of BHCPF for Nigeria’s health financing landscape include additionality i.e. additional source of funding, catalytic effect by influencing the sub-national level governments to spend more on health through counterpart funding, and institutional transformation effect by encouraging institutional repositioning towards improved efficiency. The practical institutional transformation effect of BHCPF is clearly demonstrated by its ability to influence states to set up structures such State Primary Health Care Agencies and State Social Health Insurance Schemes which are part of pre-conditions for accessing the BHCPF by the states. These institutions are already playing key roles in repositioning the primary health care (PHC) landscape and demand-side financing respectively.

Why is BHCPF central to Nigeria’s UHC quest? One of the proven ingredients for advancing the cause of UHC globally is subsidization which is one of the conditions for universality, the other condition being compulsory participation. Therefore, without any form of government subsidy especially for the poor and the vulnerable population, the ‘leave no one behind’ mantra will remain a mere slogan without the desired equitable access result. Unfortunately, the expectation that BHCPF would quickly translate to gradual expansion of access to care upon signing the legal framework that set it up soon became a tall order as the Federal Government did not allocate funds for its execution four years after the law made a provision for not less than 1% of the CRF to be allocated to the BHCF. It took relentless interventions of a wide array of stakeholders to mount necessary pressure that led to the first budget allocation to the BHCPF in 2018. The need to mobilize the statutory powers of the lawmakers to support implementation of the BHCPF gave birth to the Legislative Network for UHC which harnessed and aligned the statutory functions of the lawmakers, especially appropriation function, to press successfully for allocation to BHCPF in 2018.

Delay in agreeing on the content of the operational guidelines of BHCPF among stakeholders especially the key federal health institutions that have roles to play in implementation of the guideline also accounted for a significant delay in implementation of the scheme. While a reluctant consensus was reached on the content of the guideline in 2018 which signaled the commencement of implementations, a fault line in the earlier consensus resurfaced after the change of leadership at both the Federal Ministry of Health and the National Assembly – old wounds were reopened and shortcomings in the operational guidelines were brought to the fore once more. A number of topical design issues became the bone of contention including but not limited to alignment of operational guidelines to the provision of the National Health Act, whether or not states should pay counterpart funding, co-mingling of donor funds with government fund, and accountability framework. Others include the inclusion of National Centre for Disease Control as an institutional recipient of the Fund and relevance of a secretariat for coordination activities of BHCPF among others. In order to recalibrate the modus operandi for BHCPF implementation, the subsidy scheme was halted until the grievances of stakeholders were revisited and the interplay of influence and interest of key actors and institutions led to redesigning the BHCPF implementation framework. The major lesson from this is that understanding of the political economy of public policy design and implementation is sine qua non to successful design and implementation of a public policy that has the potential to redistribute resources and influence among stakeholders. It also became apparent that there needs to be a balance between the speed of design and effective engagement of key stakeholders; the success of future policy designs will be hinged on the ability to deploy integrative thinking approach that does not compromise the speed of delivery while attempting to engage stakeholders broadly.

Apparently, most of the main hurdles that militated against the commencement of BHCPF are being scaled and the coast is getting clearer for delivery of Basic Minimum Package of Services (BMPS) to Nigerians especially the poor and vulnerable population as relevant agencies have received the funds needed to fulfil their own side of the bargain. However, it still very important for the stakeholders to continue to have their eyes on the ball. It is especially important to remind the government agencies involved that BHCPF implementation is a means to an end and not an end itself. If it’s clear to all and sundry that BHCPF is part of the means that will take us to the UHC end, it will come to the reality of all that we have set up ourselves for a marathon and not a sprint. Putting on a UHC lens also helps us to see several challenges ahead. Perhaps the most obvious one is gross inadequacy of the existing allocation to meet the spirit of the National Health Act that aspired that BHCPF will buy BMPC for all Nigerians. The absolute size of the 1% CRF being allocated to BHCPF is on the downward trend since 2018, from about N55 billion in that year to N35 billion in 2021- this is not unconnected to the dwindling revenue base of the government.

The resource constraint dilemma is further compounded by inflation and Naira depreciation which has diminished the purchasing power of the local currency. Therefore, it is highly imperative to clamor for expanding the financial muscle of the BHCPF. One option is to take advantage of the ongoing amendment to the National Health Act to mount pressure for increasing the statutory allocation to BHCPF to 2% of CRF instead of the present 1%. We can build on existing coalition that led to allocation to the BHCPF in 2018 to get the desired hike in the percentage of CRF allotted to the BHCPF. One other option for expanding the volume of resources for buying BMPS is to clamor for imposition of health taxes on consumption of unhealthy food and items such as tobacco, alcohol, refined sugar-based beverages and channel the accruing additional resources to the BHCPF. All these require evidence-based engagements guided by political economy knowledge. It is also important to ensure that the principle of shared responsibility resonates clearly with sub-national level governments if the catalytic potential of the BHCPF will be realized. While it is important for the states to contribute to financing of BHCPF through counterpart funding, this could be done through existing state government funding mechanisms such as the Equity Fund of the State Health Insurance Scheme which is a statutory allocation of part of the state CRF for buying health insurance premium for the vulnerable population. This option is likely to be more appealing to the states in line with the principle of Thinking and Working Politically.

While working relentlessly toward an expanded revenue base of BHCPF, it is also important to examine the existing transparency and accountability framework for its implementation. Apparently, accessing information on BHCPF has become less seamless since the Secretariat of the Fund was jettisoned. In an atmosphere of suboptimal transparency, accountability becomes a herculean task and the resultant effect is slow progress coupled with inefficiency. Stakeholders should therefore work out a realistic mechanism that will enable unhindered access to needed information on various aspects of BHCPF implementation including fund flow, enrolment of beneficiaries, health service utilization pattern and impact of the scheme. Another area of concern is the tendency to disburse funds to states based on other parameters apart from performance. It is a palpable cause for concern that implementation guidelines for BHCPF do little to incentivize and reward the commitment of states to improved health sector funding and enhanced health care access. As stakeholders continue to play a watchdog role, the question of performance-based investment should not be allowed to slip through the cracks.

As Nigeria has taken the first step towards fulfilling the conditions for universality, all hands must be on deck to put health on the political front burner and raise the accountability bar for mobilization and efficient utilization of resources needed for implementation of pro-UHC policy thrusts including BHCPF. Nigeria, no doubt, has what it takes to become an enviable destination for learning a context-appropriate UHC model.